UPDATE (2:40 p.m.): Channel NewsAsia (CNA) has confirmed that police will investigate the incident, which happened along Tebing Lane on March 12.

F&B industry staff work long hours and are constantly on their feet to provide us with the best dining experience possible. However, sometimes demanding or unreasonable customers make their job much more difficult.

The two men eventually left when another customer called the police. The restaurant also filed a police report.

Carol Tan, who was dining at the restaurant, later took to Facebook to share the incident. We summarize the incident after the long message.

Men smoke at the table and consume food outdoors

Ms. Tan shared that on Saturday night (March 12), the 2 men walked into Fat Po without queuing and helped themselves to a table.

After ordering their food, a man started smoking at the table. 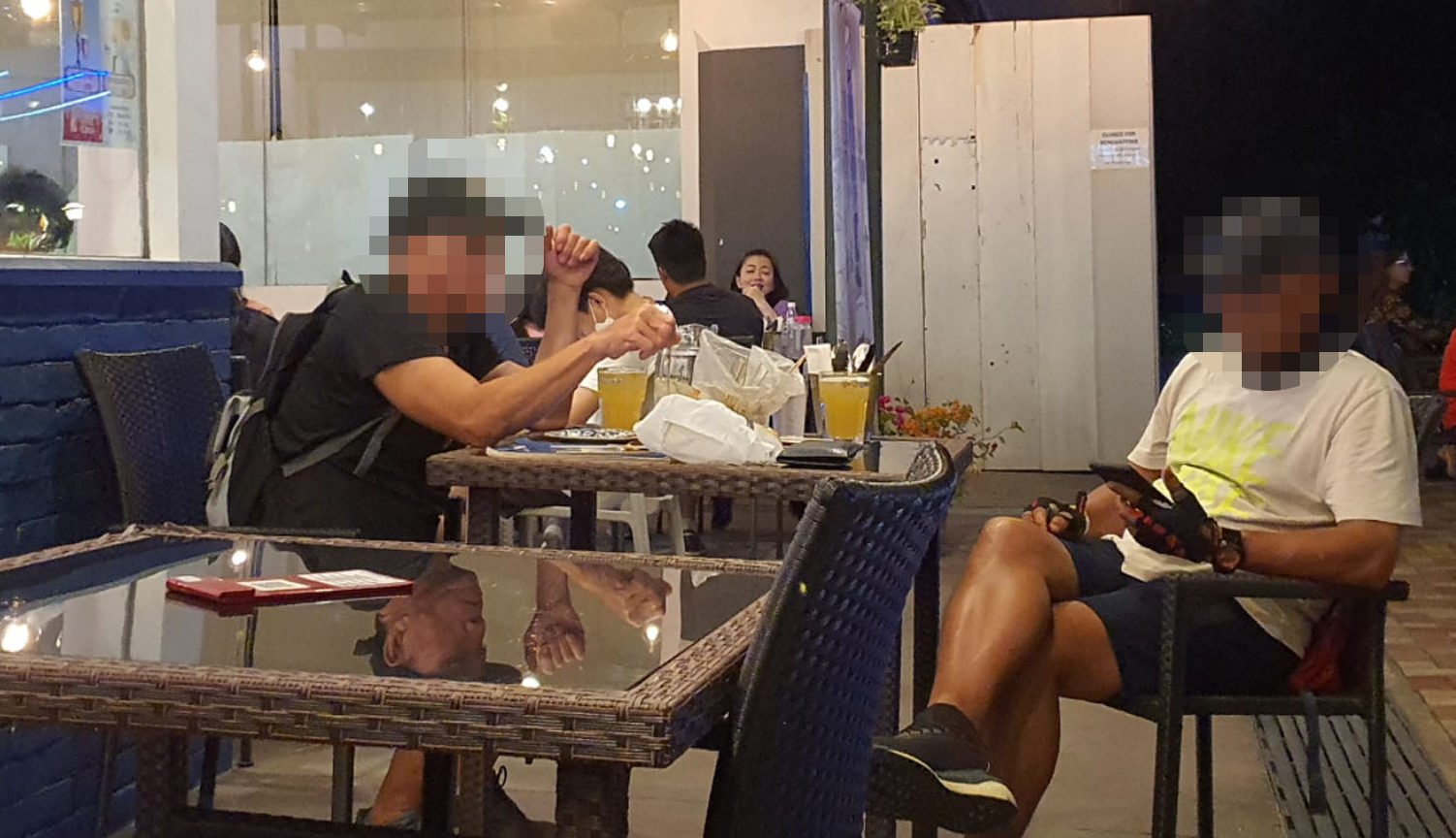 When the staff told them it was not allowed, they tried to push their way through.

It was only after being persuaded by Fat Po’s manager and waiters that he finally moved to smoke outside.

However, the man returned to the restaurant with satay bought outside.

When informed that food outside was not allowed, the man raised his voice, saying he was very hungry. He then asked the staff, “So you tell me where I can sit?”

The staff explained that outside food was prohibited on the premises in accordance with NEA guidelines, and that the restaurant boss would reprimand him if he allowed it.

Despite the promise that they would not eat the satay, the two men continued to consume the food. 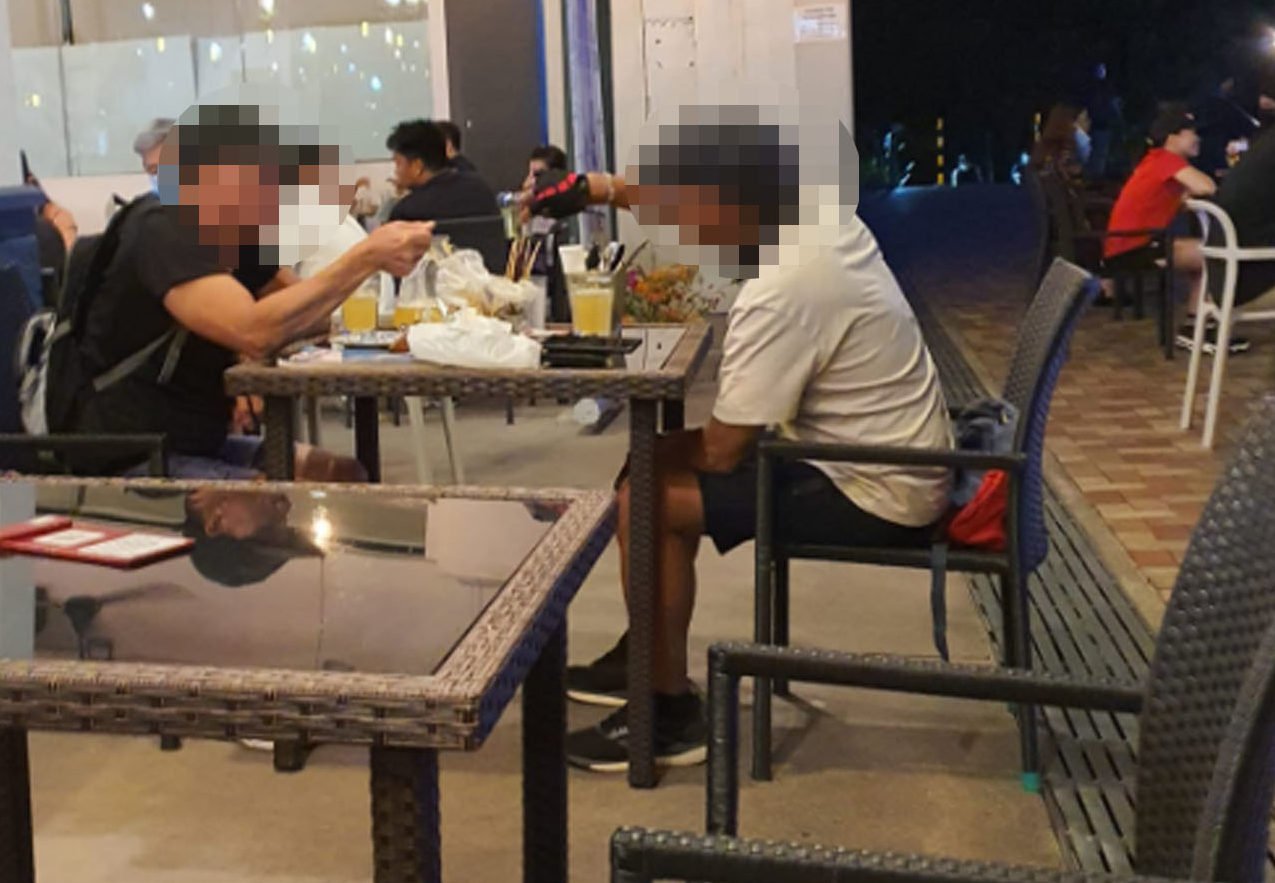 When the staff came to serve their food, they noticed they were still eating the satay.

Ms Tan shared that staff gave a “helpless look” before putting the dishes down and leaving. For this reason, the two men shouted back at the staff, alleging that their attitude was bad.

One of the men even smashed a plate on the floor, and other workers immediately came to clean up the mess. 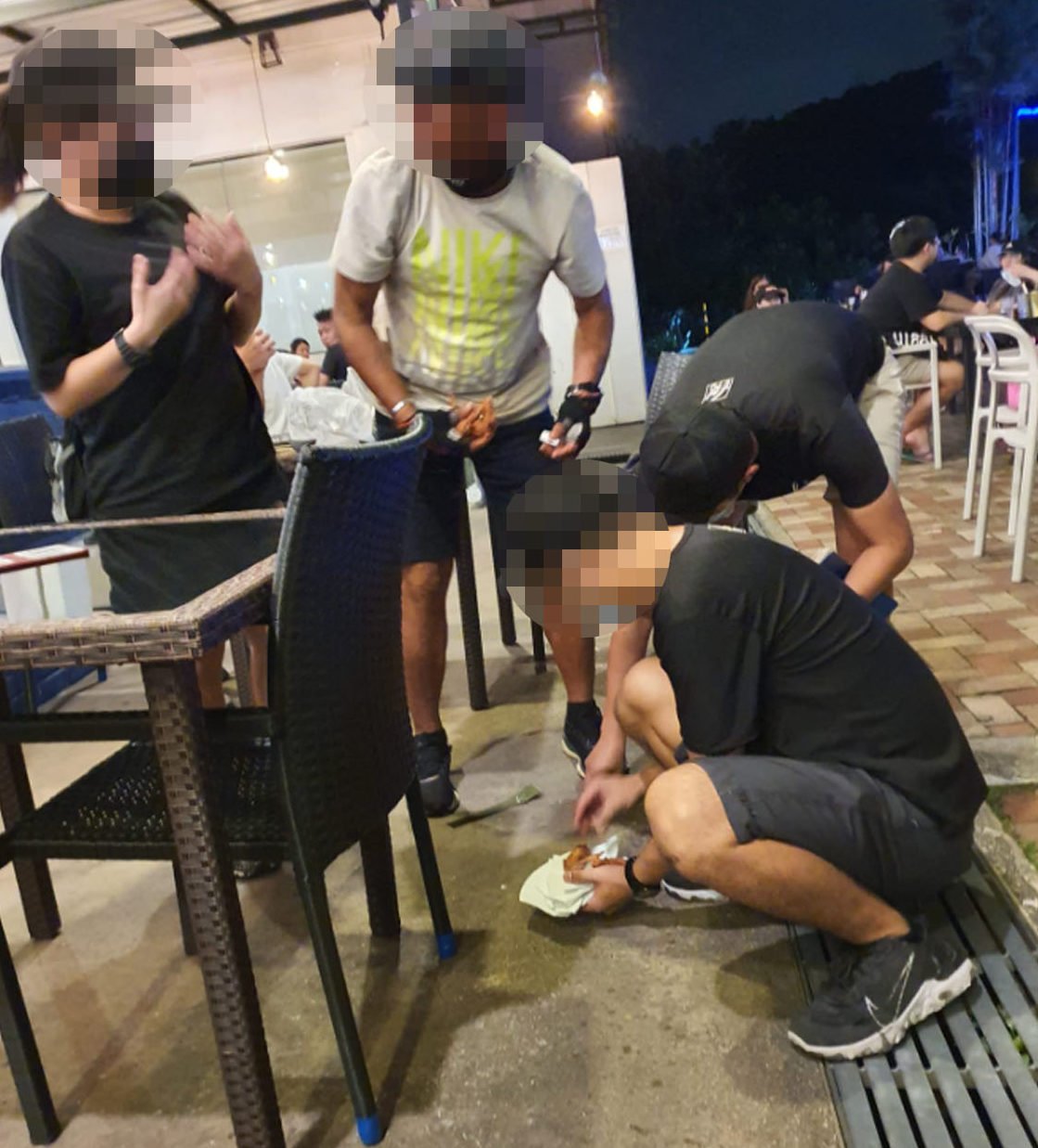 At that moment, the man in white stood up and pushed a female stick so hard that she ended up with a red mark on her arm.

The manager then informed the men that they would not be charged if they left the premises. 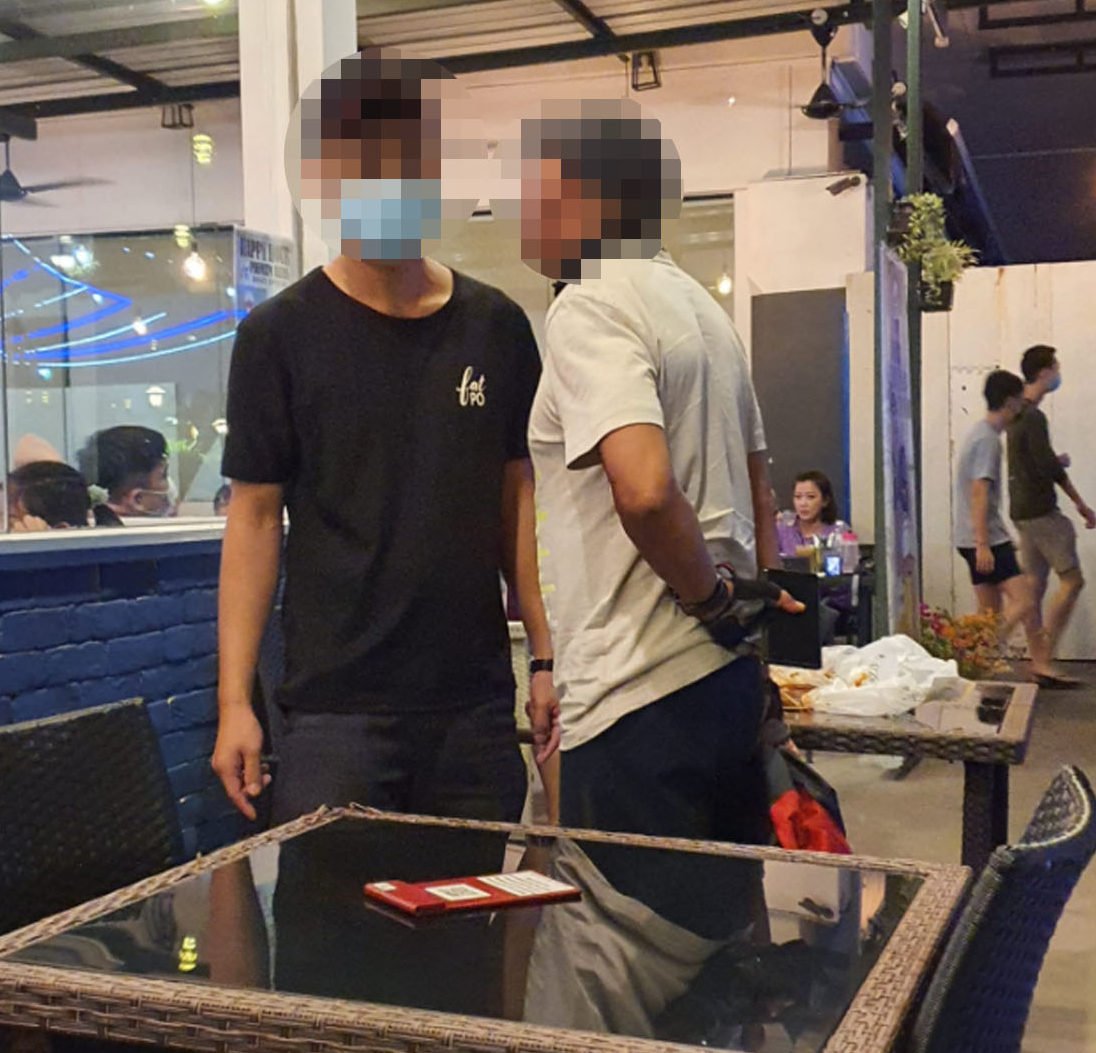 But on the way out, one of the men again threatened to assault another member of staff. 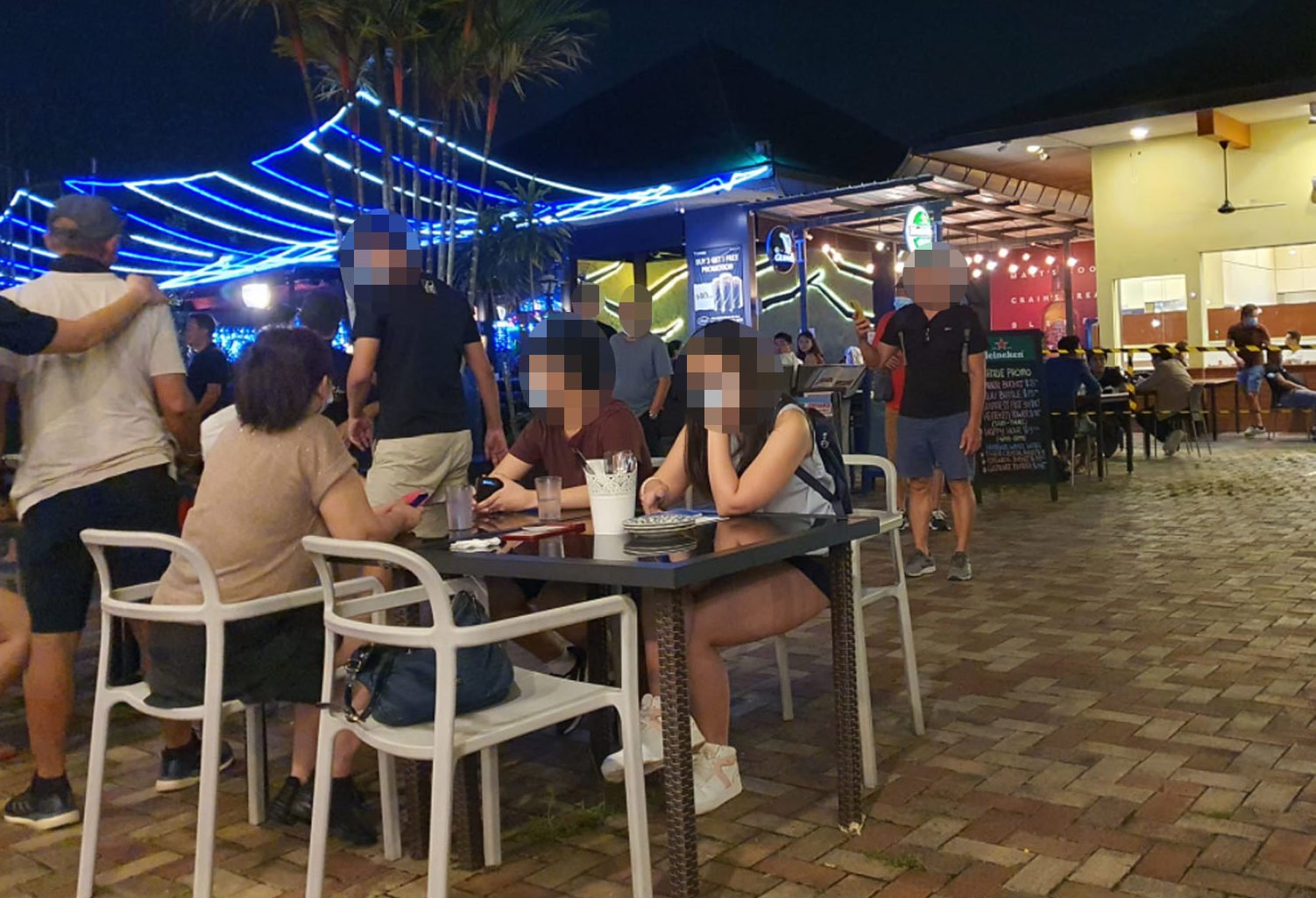 At that point, a customer, Justin, stood up to defend the staff, asking the men to stop harassing them. The men then challenged Justin to a fight.

Eventually, the 2 men left the scene after Justin called the police.

Fat Po management later acknowledged the incident in an official statement on Facebook. 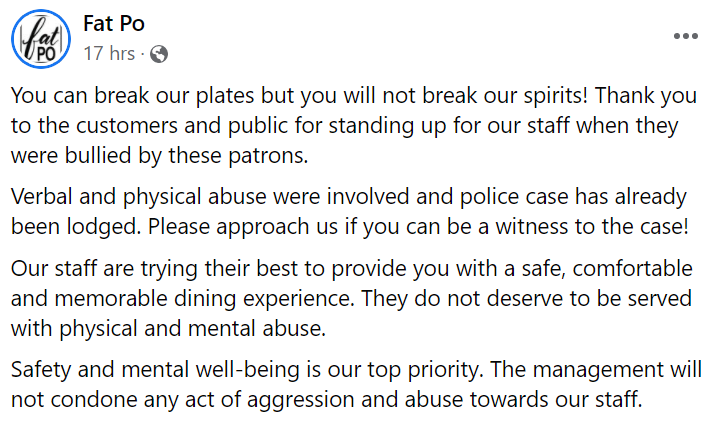 In the post, Fat Po thanked everyone for their support during the incident and said they have since filed a police report.

They urged anyone who witnessed the incident to contact them.

Fat Po said his staff should be treated with respect. They should not be subjected to aggression and abuse when trying to provide customers with a good dining experience.

The restaurant has stated that management does not tolerate any act of aggression and abuse towards its staff.

Serving customers all day is a tough job. F&B staff should not be subjected to such undue stress and rude behavior.

Kudos to Justin and the other customers who stood up for the staff.

Hopefully this also reminds everyone to treat restaurant servers with more empathy and respect.

One of the most effective ways to target your audience is location-based marketing. Nine out of 10 people who own a smartphone use it to get information about their location, giving providers access to relevant and timely data in a non-intrusive way. Customer engagement is guaranteed to increase as customers interact with your restaurant through […]

The best restaurants are those that keep internal processes running smoothly to ensure a great customer experience. Food preparation by experts results in attractive and delicious dishes, employee training reduces errors that can increase wait times, and proper dishwashing keeps plates, glasses and utensils pristine. In an increasingly digital world, a mistake can be costly. […]